(Add Your Phone Number To Receive Important Updates for This Event)

We will not spam, rent, or sell your information...

The Masterclass Starts in:

Unleash the secret to $100K Income

*Bonus* Join Live and Get Our Interview Secrets Framework

This Masterclass Will Teach You:

Secrets to Making the Team

Unlearn "The System" that has programmed us to be distracted. Relearn, Prime, and Program your mind for Success!

Effectively communicate your skills and experiences so that hiring managers and interviewers are begging YOU to work for their company!

Without wasting $ and time, learn how to effectively interview and negotiate so that you not only making the most $ you ever have, but you also get signing bonus and/or relocation check before you start work!

Discover The Most Time Leveraged And Effective Career System Ever Created

MEET YOUR "JOB TO CAREER" COACH 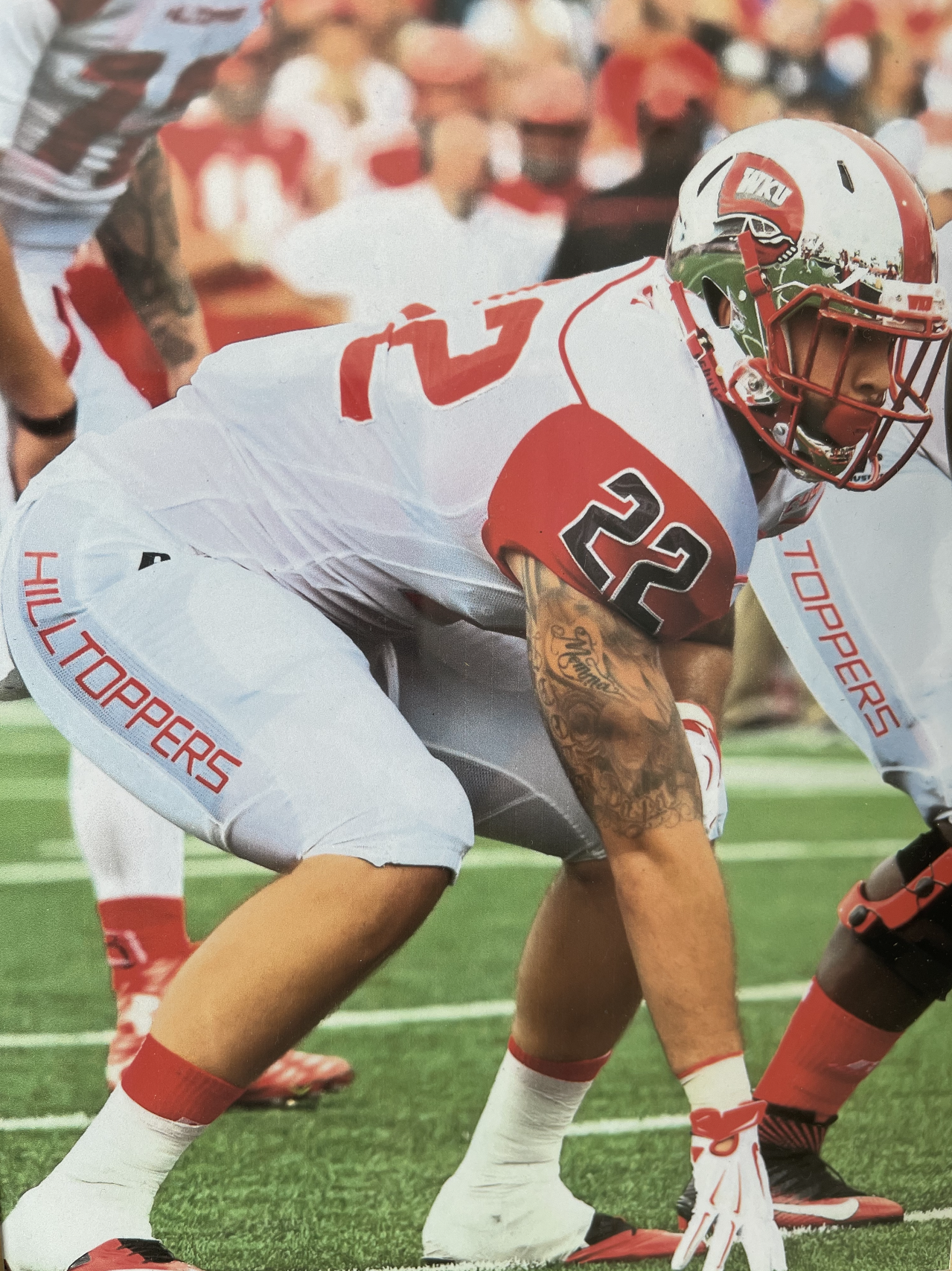 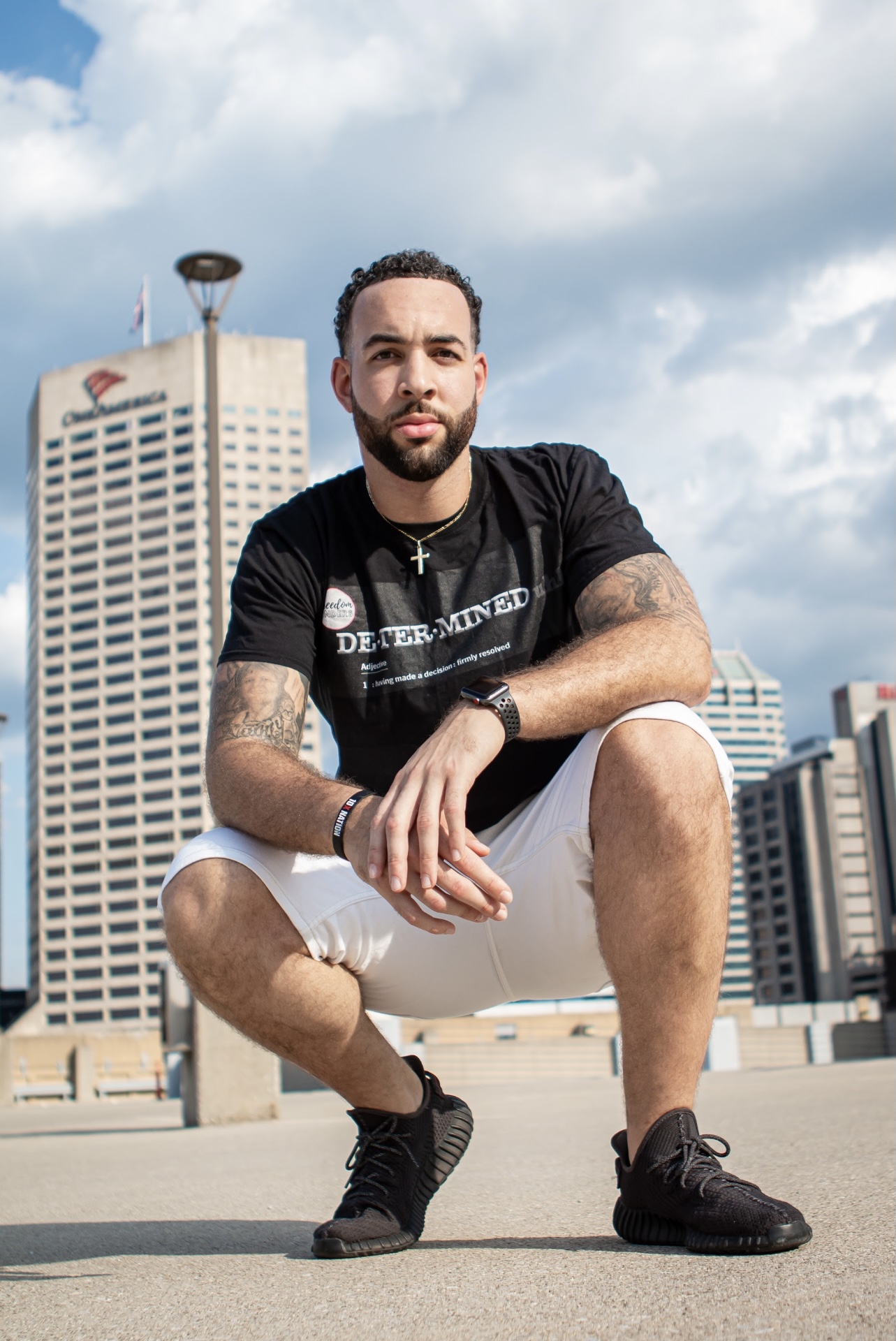 Devin, co-founder of Embolden Dreams, aka "The Motivational Teacher" is known for helping others find their identity and purpose. Devin doesn't only teach information, but he focuses on COMMUNICATION and TRANSFORMATION!

After sports Devin struggled to find his identity and purpose so he did what he knew, found a job. After working in a job, just barely making ends meet, Devin realized there has to be a better way!

Devin is a former collegiate athlete who played football for Western Kentucky University. He is currently a Senior Growth Analyst for the Fortune 500 company, Procter and Gamble. Devin is passionate about guiding others towards their dream career and assisting them in identifying a career path that is enticing and fulfilling.

Once Devin’s sports career had ended and he graduated from college he realized it was time to officially enter the “real world.” He knew he had to secure a job quickly due to his now wife getting into Physical Therapy school and being unable to work, therefore leaving him as the sole provider. During this time is when Devin realized how unprepared he felt when creating his resume and while going through the interview process with virtually no experience. He had a hard time finding jobs with little experience. Talking to some of his former teammates he realized that this is a common problem for many athletes. Many athletes leave their sports career lacking resources and guidance to securing a career path they can enjoy and comfortably support their families for years to come. Therefore, like Devin, most settle for a commission or minimum wage job with no benefits working 8-12 hrs 5-6days a week. Soon most become burnt out or realize that this is not the job they want to be doing for the rest of their life, therefore they Job hop much like Devin did looking to find fulfillment in their work. Devin ended up leaving this company after 2 years and over the next two years he would work for Aramark and then Canon; but only to find himself unfulfilled in his career choice again, and still struggling to support himself and his wife. He had applied for Procter and Gamble a year earlier and was contacted by them for an interview.

Devin had gained experience with interviewing many candidates during his first job and thus understood the interviewing process. He also had to review 1000's of resumes so he gained the understanding of what stands out to companies. The biggest difference this time around was having a coach to help him through the interview process while teaching him what to expect from the employer and how to negotiate his worth. Devin has now been working for Procter and Gamble for 3 years and enjoys what he does while making the most money he ever made! Best of all, his job has afforded him to comfortably support his family and many opportunities that have contributed to his successes. Looking back Devin wishes he would have had a coach and the resources he had when applying for P&G right out of school so he could have been in a career he enjoyed much sooner.

This is why Devin has created “Dream Career Secrets™️” to set up others for success in their next stage of life. He wants others to have the opportunities and resources needed to jump into a career they find fulfilling. Devin and his program he’s created has assisted several people secure career paths. These former clients are now in fulfilling careers where they and their families are afforded many other opportunities to be successful in life.

DISCOVER THE IMPACT DEVIN HAS MADE AS A COACH 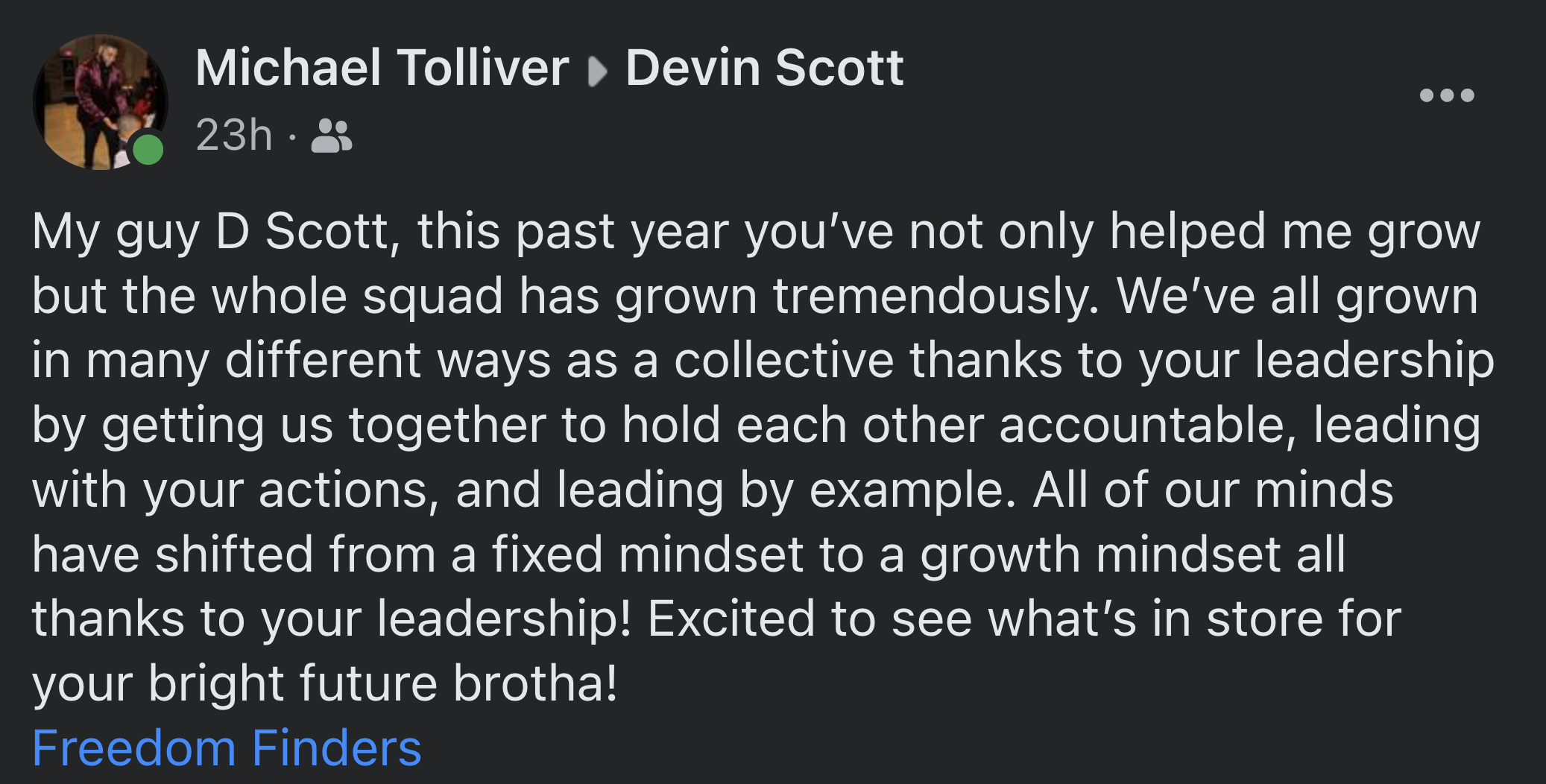 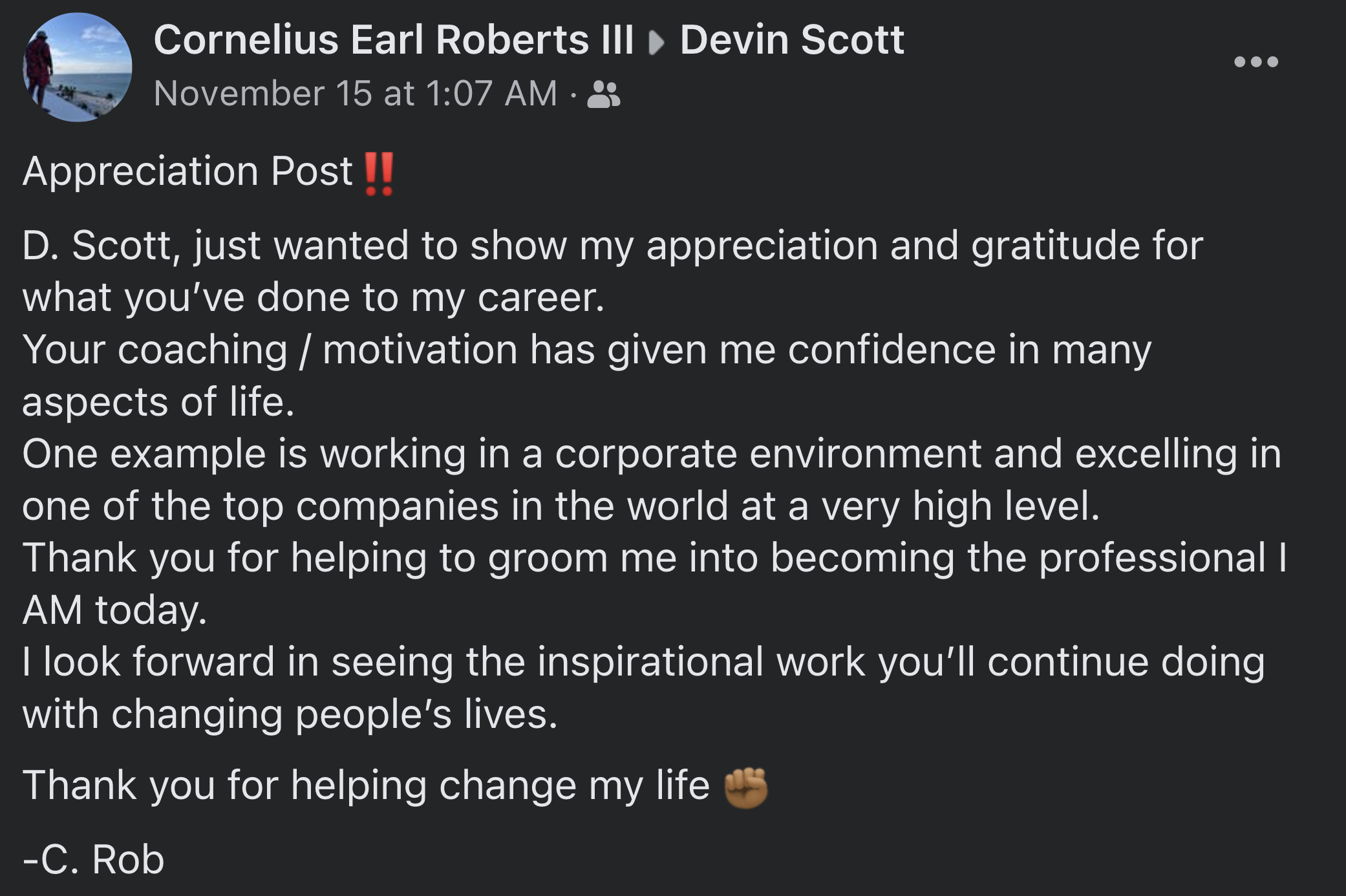 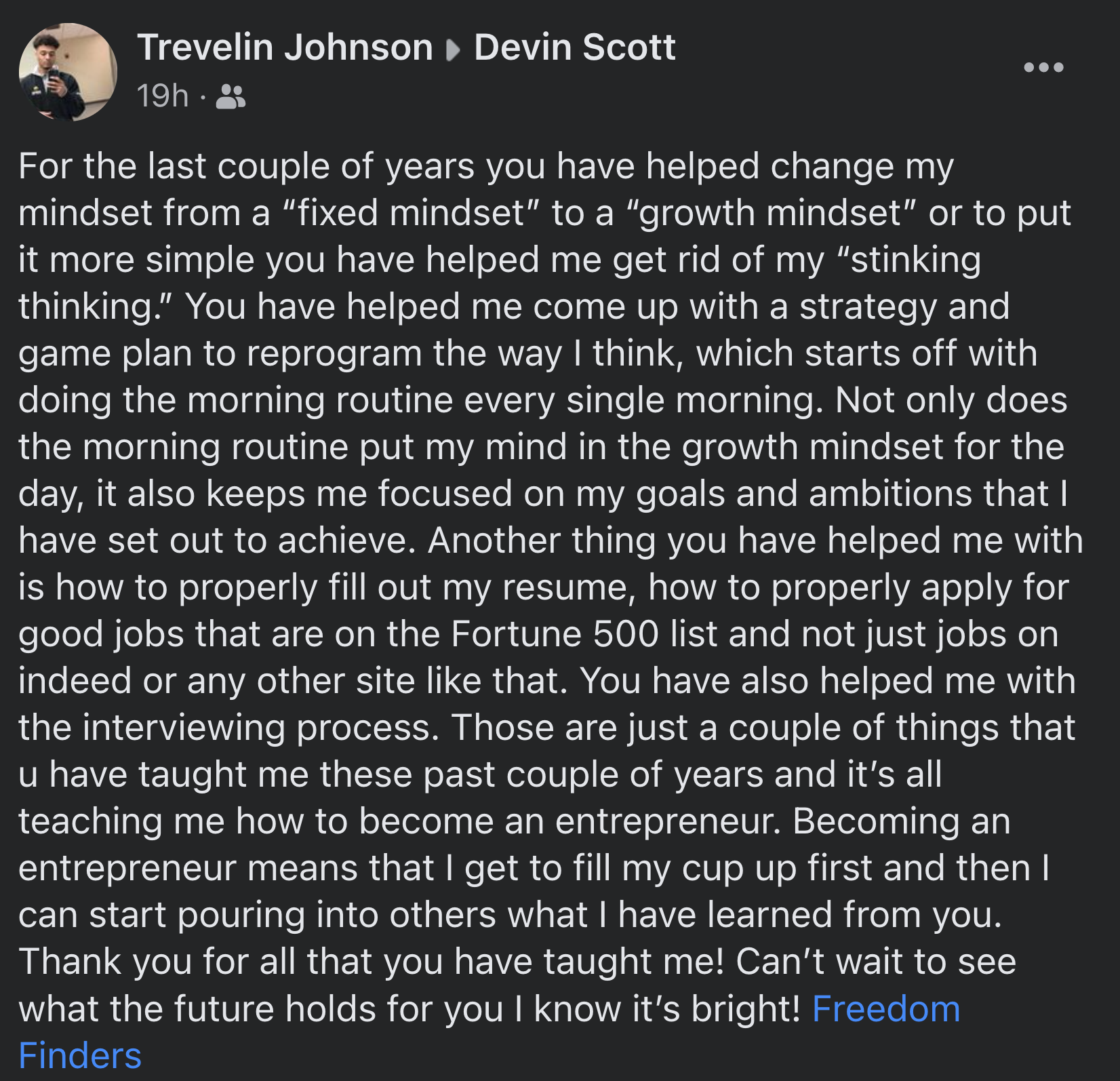 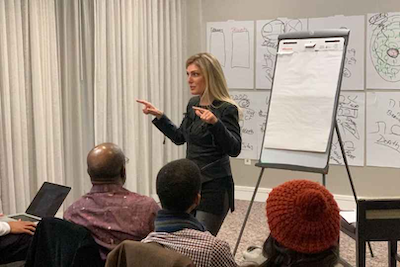 WITH Eileen Wilder YOU WILL LEARN BOTH THE LOGIC AND PSYCHOLOGY OF SELLING HIGH TICKET PROGRAMS.

You'll develop THE ABILY TO CREATE COACHING PROGRAMs, TO COLLECT THE LEADS, and TO COMPREHEND WHY SOMEONE WOULD BUY A SOLUTION FROM YOU WHEN THEY HAVE SO MANY CHOICES.

Eileen Wilder HAS COACHED AND TRAINED Many High-Ticket COACHES and conSultants. NOW IT'S YOUR TURN! 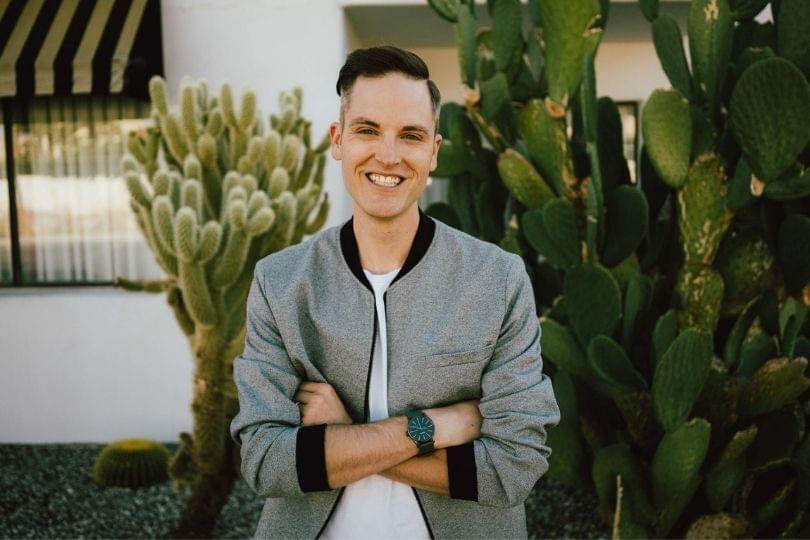 Connect With Your Ideal Clients

ATTRACT, ALIGN, AND CONNECT WITH YOUR IDEAL CLIENTS.

HOW TO Present Your SALES MESSAGE SO YOU CAN

WHAT about your brand REALLY MAKES PEOPLE PULL THE TRIGGER AND BUY your coaching program.

And HOW TO GET THE

*Earnings and income representations made by Embolden Dreams are aspirational statements only of your earnings potential. These results will vary.  People that don't work hard and give up easily, get ZERO results. The results on this page are OUR results and from years of testing. We can in NO way guarantee you will get similar results.